Where Did the Summer and Thirteen Years Go 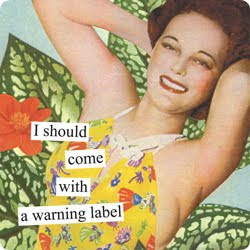 annetaintor.com
In honor of my anniversary!
I may have said this before on here, but I will say it again and I'll probably continue saying it my whole life because I can't believe how much I didn't think about it thirteen years ago. My wedding anniversary will forever fall at the start or around the start of the school year. Yes, today is my thirteen year anniversary and it also happens to be my kids' first day of school.
I was feeling totally guilty for never taking a vacation day all summer long and then in the end I decided to just go ahead and take off the last Friday of the summer. I say I took the day off when in fact I logged on to work in the morning for a little while. After that we took the kids to see Nanny McPhee Returns.  Very cute movie but we went to see it for the kids. That wouldn't be my first choice, but they enjoyed it. Then Saturday we took them to the beach and they had a really good time.

I took today off too for our anniversary and for the first day of school. Rey and I decided to go see a movie we both wanted to see. So we took the kids to school, I came back and worked for a little while, took a nap, and then we went to see Salt. Great movie! Action movies with a strong female lead are always a great compromise. We both enjoyed it and I'm looking forward to the sequels I'm sure are to come.

Then we had sushi for lunch and I told the Chinese waitress that always sees us there that it was our anniversary, but of course she didn't give us anything, not that I expected anything. But I couldn't help but think how different it is when you go to a nice restaurant and you tell them it's your anniversary. They always give you a little something, even if it's a free dessert. Not so at the Chinese buffet that is a great deal on freshly made sushi. I guess they figure we can just go get some ice cream from the buffet or some flan the Mexican cooks make. Maybe if I told them my blog is a channel for Chinese anti-communists they would have offered me something. I need to remember to mention that next time.
So we've been married thirteen years. We are both very challenging personalities, thus the two children with the challenging personalities. We are not perfect. Who is? We both got into this thirteen years ago really not knowing what to expect. At least I didn't. I'd never been married, he had. And yet here we are thirteen years later for better or for worse and believe me, we've seen a lot of the worse of one another. Two children and two c-sections later we have survived. Yes, I should have come with a warning label!

A few days ago we watched Date Night (yes, we watch a lot of movies, don't judge) and the two main characters, Tina Fey and Steve Carell had the exact same conversation that we have had before. It was hilarious! My husband says to me, "We've had that conversation before." And I said, "Thousands of couples have that conversation."

I have seriously had that same fantasy of taking off and just checking into a hotel room à la Ashley Judd in Divine Secrets of the Ya Ya Sisterhood in my nightgown with a coat and a bottle of vodka in one hand. What woman or man hasn't? But most of us don't. We work out our differences for our children and for better or worse, just like we said in our wedding vows, and we move on. We can't afford to take sabbaticals like the character in Eat, Pray, Love. That's not reality for most of us.

In an age when divorce is always the answer we have somehow managed to hang in there and make it work, and that has made all the difference.
Posted by ShoeGirl Corner at 9:15 PM

Congratulations on your anniversary and for taking a little bit of time off.

Thanks Rosie, I "liked" you and so did several of my friends.