The End of Summer and Another Milestone

On the Friday prior to school starting I reflect on this summer that just flew by so fast and how we never really made it to the beach and to the sounds of the glorious ocean rolling up on to the sand. I missed the beach this summer. We only went maybe once or twice. I can’t even remember how many times, but it was not much. 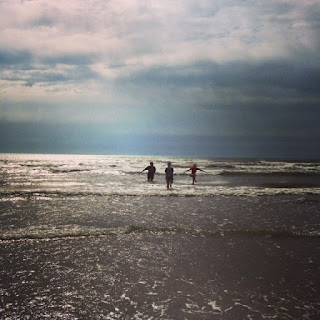 It started with torrential rain all around Memorial Day in May. Then Miranda was attending the Kinkaid EMSI program and before I knew it half the summer was up. We attended a family reunion in July in the Rio Grande Valley and that was our summer vacation- a long weekend in South Texas.

As we prepared for the kids to go to their grandparents’ house in San Antonio in August I realized the summer was already over. I was tasked with buying uniforms and school supplies to prepare.

So here we are, practically on the eve of the first day of school. We are crossing over into new territory this year. Seth will be starting middle school and Miranda high school. I feel like the mother (Patricia Arquette) in the movie “Boyhood” when she says, “You know what I’m realizing? My life is just going to go. Like that. This series of milestones.”

I don’t want to say, “I just thought there would be more.”

I want to be able to say, “There was so much in life and I got all that I could out of it.”

Here we are at the end of the summer and I wanted to go to the beach this weekend. We had the rain at the beginning then weeks and weeks of extreme heat with no rain. So wouldn’t you know that it’s been raining this week?

It’s supposed to be overcast with scattered showers all weekend but I want to see if we can squeeze in one last beach visit on Sunday morning. I want to sit on the beach with a drink and the waves at my feet before heading back to the crazy schedule of the school year.
Posted by ShoeGirl Corner at 4:46 PM 1 comment:

The Cost of Healthcare

About a month ago I went in to have my routine annual mammogram. A few days later I opened my results and was surprised to read that they wanted me to go back in for a follow up. I quickly called my OBGYN’s office to find out what they knew. The nurse, who has known me for years, called me back. She told me that I had a small nodule in my left breast, more center and under the nipple. I was shocked, but instead of thinking the worst or obsessing and reading everything I could find on the internet, I just waited until the following week for my follow-up appointment. Believe me, this was really hard to do, but I did it. 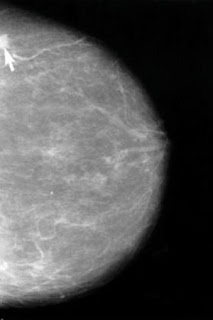 My insurance covers the first mammogram as prevention, probably because I’m over 40. However, the insurance wasn’t as generous for a second mammogram or an ultrasound.

Honestly, when I made the second appointment money was the furthest thing from my mind. All I was thinking about was getting that second check and finding out if I had a malignant “nodule.”

I went in and the lady checking me in let me know that I was responsible for my co-pay of $500+. I told her that I didn’t come prepared to pay that amount. She called someone and handed me the phone. The woman on the other end asked me how much I could pay.

“Can you pay two hundred?” she asked.

She told me that they would make an exception this time but to be aware that I would owe the balance. I told her I understood.

I paid my $100 and went on with the mammogram and the ultrasound. The great news is that it was a benign lump and that I didn’t need a biopsy. I just need to follow up in six months.

Today I received an additional bill for $141 from the radiologist. Lovely. Add that to the $400+ balance I still owe.

Yes, I have insurance, provided my employer, but I still have a deductible and co-pays. Plus, I opted for the less expensive insurance because in general we don’t get sick often. I only needed the insurance for check-up, vaccines and of course, God forbid, an emergency or unexpected illness. Surprise!

I have been very fortunate to have insurance my entire adult life. I remember a time when I paid the co-pay of a few hundred dollars to go in to the hospital to  have my first baby fourteen years ago. After she was born I received a refund in the mail because my insurance had covered all the expenses.

In just fourteen years healthcare has become so expensive that it’s made it virtually impossible for that same scenario. Both healthcare and pharmaceuticals have skyrocketed and the people paying the price for the increase are us, the consumers.

So what if I had needed additional care and I didn’t have the money to cover it? I know I would have had the care anyway, but I can’t help but wonder how I would have paid for it. Forget the fear of death, people can't afford to get cancer.

Another incident happened recently that was also a reminder of these rising costs. I’m allergic to shellfish. I have a pretty life-threatening reaction if I come in contact to shellfish. I consider that a matter of life or death. As I’ve gotten older I’ve found that I’m even more sensitive and I know it’s important that I carry an epi-pen in case of an emergency.

I noticed that my epi-pen had expired so I made an appointment with my allergist, thinking that my co-pay would be the same as the co-pay for my OBGYN or any other specialists. Wrong. The co-pay was $120 for my allergist. $120 to see a doctor who has to prescribe me a medication that keeps me alive in case of an attack.

I couldn’t wait to see how much the epi-pen was going to cost. When I called the pharmacy to check on my co-pay before going in to pick it up the pharmacist told me it would cost me $500. I almost fell out of my chair. It turned out that she didn’t have my insurance information entered correctly so my cost wasn’t really $500, but that is the cost for someone who doesn’t have insurance. My cost was $40 but then the doctor’s office gave me a pharmaceutical company card and my cost was $0.
When I went to pick up my epi-pen I asked the pharmacist what people do if they have no insurance. She said they either don’t have one or they keep the same one well after it expires. This is what we have come to.

That made me so sad for people with nut, seafood, bee, and all other allergies. That means that there are probably thousands of people walking around out there without an epi-pen because they can’t afford to have one. I could barely afford the $120 co-pay at the doctor to just get the prescription.

This is why we need health care reform and I’m not just talking about insurance for everyone. That’s great too. I mean the part that says, “Decrease the cost of health care.” Until we reform and regulate how much hospitals, doctors and pharmacy companies are charging we won’t get anywhere because healthcare costs will continue to increase and so will insurance deductibles and co-pays.

I received two epi-pens in my pack and it made me think about how I will probably never use the second one. I wish that I could find a way to donate the extra pen back to my allergist or to a public clinic to give to someone who needs it and can’t afford it. That’s an idea worth exploring.
Posted by ShoeGirl Corner at 10:15 PM No comments: