"You Were Born a Daughter" Famous Nike Ad

Prompted by all the visits that I receive to this site because of the Nike quotes collection I set out to find the images to the quotes I use on my post popular page. I found all of them but one. What I found very interesting on my quest is that I learned that this one ad is considered one of the most influential ads of all time. I was thrilled when I found one blogger had all 8 pages of the ad campaign. 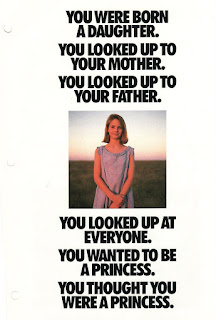 In fact, another blogger mentioned that this ad was featured on the show Independent Lens as ad campaigns that changed the world and she talks about how it changed hers. 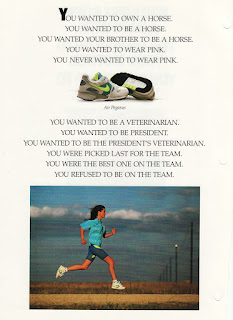 I could relate because I remember reading this ad and feeling the same way in 1999. (I was 29) What's funny is that until I found it online the other day I didn't realize that it was EIGHT pages long! Wow Nike! Talk about really wanting to drive their message home. And I think they did if I remember it all these years later. 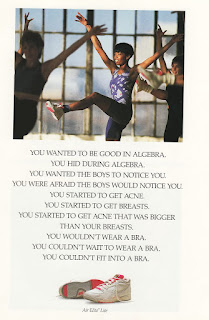 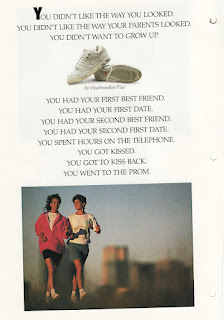 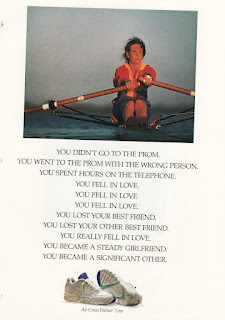 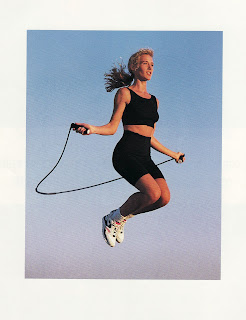 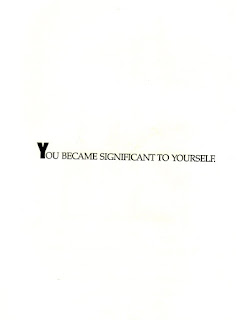 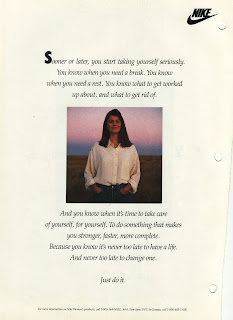 Thank you for these words Nike! I still work on remembering them every day.
Posted by ShoeGirl Corner at 2:06 PM 5 comments:

As I was preparing dinner tonight I was listening to NPR and I heard that Nora Ephron left us today. We lost one of the best woman writers of our century. 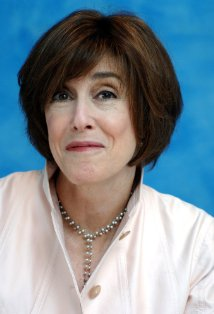 I stopped mid stir in shock. I could not believe what I was hearing because I, like everyone else in the world except for her close friends and family, had no idea that she was sick with acute myeloid leukemia. She was 71 but seemed so young, like she still had so much to give us. In fact, while in the hospital she was working on the pilot for a show.

I remember being a young girl of nineteen and sitting in the theater watching When Harry Met Sally and being mesmerized by the amazing dialogue. Even now I can quote so many parts of this movie.

Nora Ephron got into the minds of people and did such a wonderful job putting that down on paper. She said, "I try to write parts for women that are as complicated and interesting as women actually are."

In today's New York Times article the writer quotes Nora Ephron's friend as saying, “Sitting at a table with Nora was like being in a Nora Ephron movie,” Ms. Quinn said. “She was brilliant and funny.”

I can just imagine what she was like in person and I would have loved to have met the writer of such classics like, Sleepless in Seattle, Hanging Up, You've Got Mail, Julie & Julia, and of course When Harry Met Sally.

In You've Got Mail she wrote, “Don't you love New York in the fall? It makes me want to buy school supplies. I would send you a bouquet of newly sharpened pencils if I knew your name and address.”

She wrote about New York as if it were also a main character in the movie and the way she described the city made me want to explore Zabar's and the Upper West side. In fact, I followed a You've Got Mail map around the Riverside area on one of my visits to New York.

When I watch her movies I feel the same way that I feel about great art. I will never be an artist but I believe I can appreciate art. I will never be a writer like Nora Ephron, but I can appreciate great writing. She was one of the women writers who I looked up to. I wanted to grow up to be like her. I even wrote how old she was when she wrote certain movies on a piece of paper and carried it in my wallet as inspiration. She was my mentor and I'm sure she was a mentor to many women writers in America and probably the world.

Having seen my sister suffer from leukemia I can imagine that she was tired in the end. Her passing away is a loss for many, but she is finally at rest and without pain. She may be gone, but her writing will live on forever like great literature.

When I was in high school our English teacher explained to us that you always write about literture in the present tense because characters exist in a perpetual, eternal present. The same can be said about Nora Ephron's work. Her characters, her dialogue and her writing will continue to live on.

Posted by ShoeGirl Corner at 10:52 PM No comments:

Today is the first day of my one week of strange freedom and I am doing nothing, absolutly nothing. And it feels good... After the crazy last week of school, dance recital last weekend, and struggling to find sitters each day last week I must confess it's a nice break. 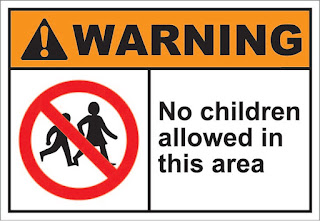 I call it strange freedom because it is strange to not have your kids at home with you when you are used to having them. Yeah sure, they go away to their dad's every other weekend but this is different. They are gone for a week and I won't see them again until next Friday.

Instead of jumping on the first day and doing all kinds of things I want to do I'm just relaxing and thinking about what I want to get done. I figure I have five more days to do everything. Today is going to be about relaxing, taking my time, and planning the rest of my week. It's such a strange feeling to have all this free time. I don't even know what to start on first.
I'm starting the last one first. I'm seeing all my girlfriends tonight to catch up and gossip and we're writing our Bucket Lists. I think that is a fun activity for a girls' night. Can't wait to catch up with all of them!
Posted by ShoeGirl Corner at 6:34 PM No comments:

Labels: freedom, kids on vacation with dad, no kids, The Pixies, Where is my mind
Newer Posts Older Posts Home
Subscribe to: Posts (Atom)