In our day and age the question to vaccinate our children is not even a question, unless you are in a very small minority that believes that vaccinations cause Autism. For the most part parents don't believe that. They believe that NOT vaccinating their children is putting them at risk of contracting a disease, like whooping cough or polio. So why don't parents feel the same way about vaccinating their children against HPV, which is the leading cause of cervical cancer in women and oral and throat cancer in men. 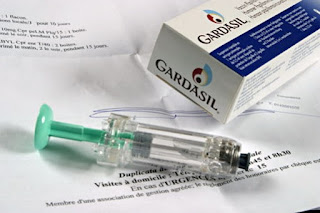 (Image borrowed from Think Progress)
My daughter turned 12 in March and I knew when she was a baby that I would have her vaccinated for HPV. It was never a question about whether or not I expected her to be sexually active at 12 (which she is not) but a question of whether or not I wanted to protect her from cervical cancer when she was older.
When I was in my early twenties one of my best friends was diagnosed with pre-cancerous cells on her cervix. I had barely started seeing an OBYN in college (once) and didn't start seeing my regular OBGYN (who is still my doctor 20 years later) until I was 23. In fact, my friend and I were seeing the same doctor when she was diagnosed. What impressed me about the whole experience was how quickly our doctor acted and how he did not even play around with that diagnosis. First he froze the first layer of cells and when that didn't work he went in and cut away the next layer.
After seeing how committed he was to taking action and helping my friend I was forever in debt to my doctor. I don't think he even knows that. Another thing that happened was that I became forever mindful of having my yearly well-woman check-up. I do not play around with that either. My best friend went in for her yearly and ONLY one year later she showed signs of pre-cancerous cells. THAT'S how fast that can show up.
Now I'm the mother of a daughter and in the years since I was a young woman technology has developed and now we have vaccines to protect our young girls from cervical cancer. Having had the experience years ago with my best friend there was no question in my mind if I would have my daughter vaccinated. So a few months ago after her 12th birthday I took her to see her pediatrician and my PCP and she gave her the first dose.

I feel good about my decision and today I read an article in the New York Times that says that the "HPV Vaccine Is Credited in Fall of Teenagers’ Infection Rate." That is good news! And all this despite the fact that the U.S. lags sadly behind other countries like Denmark, Great Britain and even Rwanda.
Now the question is, do I also vaccinate my son in a few years? Some people are giving Michael Douglas a hard time for saying that in some cases the type of oral cancer that he has is caused by HPV. There's been a lot of controversy around his comments but the truth remains that what he said is true and it's not a bad thing. It's a good thing that a celebrity like him is bringing attention to such an important and not so familiar issue.
I read an article just a couple of years ago via Livestrong.com and a men's health magazine that discussed in detail how HPV was a leading cause in mouth and throat cancer in men. There were experiences by men who talked honestly about how they would have never imagined when they were young that oral sex could lead to an HPV infection that could later lead to cancer. That was the first time that I became aware of this type of cancer in men and yes I thought about my son.
What I can't understand is why there is such a moral stigma attached to vaccinating our kids when they are kids. Vaccinating my daughter against chicken pox doesn't mean that I think she's going to go to a chicken pox slumber party. Vaccinating her against CERVICAL CANCER doesn't mean that I'm going to send her off to some experience where she may become exposed to HPV.
What it means is that I know that one day, when they are adults hopefully, my kids will be sexually active. I hope that when they are they are responsible, but the truth is, like driving, I don't know who else is out there. I want to protect them the best way that I know possible and yes vaccinations are one of the ways that I can do this.
I plan on talking to my OGBYN about his opinion on having my son vaccinated too when he turns twelve.
﻿
Posted by ShoeGirl Corner at 12:39 AM No comments:

MECA Made a Difference in Poet Laureate's Life

The very first time I heard Gwendolyn Zepeda read was at MECA Houston (Multicultural Education and Counseling Through the Arts) in Houston's old Sixth Ward. She was wearing a wonderfully tacky gown at her "Quinceañera I was Too Poor to Have" event where she read some of her essays about her experiences growing up in that same neighborhood. It was amazing and I fell in love with her as a writer. 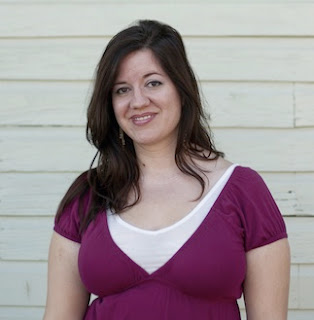 Gwendolyn Zepeda was announced as Houston's first Poet Laureate by Mayor Annise Parker in April of this year. She will serve a two year term 2013-2015. She is a published author of chap books, novels, and children's books, including Houston, We Have a Problema, Lonestar, Better with You Here, Growing up with Tamales, Sunflowers, and I Kick the Ball.

One of the coolest things about Gwendolyn Zepeda is that she's a Houstonian and grew up attending MECA and she believes this shaped who she is today.

"I was there *all the time*, after school and throughout each summer, and there were so many experiences that affected all aspects of my life -- artistic, academic, and social," she said.

When I asked her about her greatest experience at MECA Gwen said that the important experiences she had were really "cumulative," and she goes on to list some specifics.

"MECA partnered with Discover Dance to provide ballet classes for several years, and those classes fixed my knocked knees and bad posture, and improved my confidence for the rest of my life."

One specific experience that she remembers fondly was the time they went to Baybrook Mall when she was around 16 and performed songs from Leader of the Pack as part of a summer show. She said, "afterwards a little girl of about 9 came up to me and told me that she wanted to be like me when I got older."

She goes on to say, "Doing the performances taught me public speaking and improvisational skills. The dance and voice classes that prepared me for the performances taught me discipline and the value of constant growth. Watching our teachers and program directors taught me project management skills. Alice Valdez and her employees and her donors put together events that I never would've imagined could happen in our neighborhood."

It's experiences like this that are great examples of how great MECA's work is in the Houston community and why Houstonians should support this great organization. Funding for this organization will help pay for these great programs that make a difference in a young child's life.

It's no wonder they were one of the five organizations chosen by P&G's Orgullosa Project. Facebook followers can vote for one of the organizations and Orgullosa will donate to these organizations based on their ranking in the votes. So far MECA is in third place and it needs our votes to move up in the ranking. If you haven't seen their Facbook page go "Like It" and then vote for MECA Houston.

Disclaimer: I am a compensated endorser for the P&G Orgullosa Project.
Posted by ShoeGirl Corner at 7:57 PM No comments:

I Deserve a Vacation Too

It is no secret that since I stopped working at the Chronicle I haven't really stopped working. This week I signed three agreements to start working with the P & G Orgullosa Project for MECA Houston, Blog Elevated, and a Spanish magazine. I also sent a proposal to another magazine. Yes, I'm excited! But I haven't had much of a vacation. 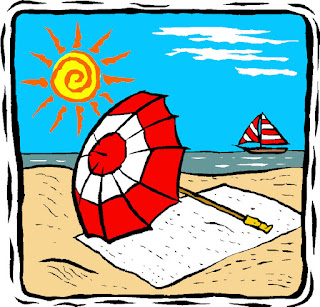 Sure, I've had the flexibility and that's been great. I can go have lunch with my dad in the middle of the day any time. I can pick up my son from school and my daughter from the bus stop without many issues. But really time off, no, not really. Every morning I wake up at 6:40, take the kids to school and I come home and stay up all day. Although I did sleep one day when I was feeling sick. One day out of five weeks.

So today after making a few calls I am officially on vacation for the next 3.5 days!! I'm off to my refuge with the children. Although my niece Hannah says it's not really a refuge because I don't work a 9-5 job. She said it's more of a refuge from a refuge which is similar to a date after a date. Terms she's made up but I get what she's saying. It would seem that way to most people.

They're probably asking, "How can she be taking a vacation when she doesn't even work?" Well, my kids haven't had a vacation. They've been going to school every day, so this is really a vacation for them. It's the celebration of school being out for summer.

Today is the kids' last day of school. I'm picking them both up at their schools, taking them for a treat and then buying Seth and I sandals for the beach.

Tonight I'm packing us for our mini-vacation and tomorrow we are off to start our adventure. I'll be sitting on the beach with a cocktail in my hand. Most likely a cranberry vodka kind of cocktail.  Casares Communications will be closed until Monday. Catch y'all when I get back!
Posted by ShoeGirl Corner at 11:23 AM 2 comments: