The Novel That Started This Blog

Almost eighteen years ago I started this blog to help me write my novel. I remember my colleague's then husband not agreeing with the idea. He thought it would keep me from writing. I always remembered that in the back of my mind.

My thoughts were that having a blog would keep me writing regularly and would sharpen my writing skills. I did in fact finish that novel, despite having this blog, but then I proceeded to sit on it for about six years before pulling it out and dusting it off again. 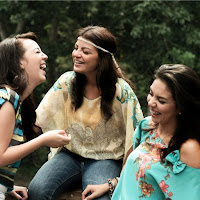 A young woman whom I had mentored through the University of Houston's sales program in the business school also worked as an editor in the university's writing center. She was kind enough to volunteer to edit the novel and I was grateful to her for her commitment to the project. She edited each chapter and sent it to me for review. This was between 2012 and 2013!

The truth is, I started this novel well before having children with a word a day writing exercise. That means I started it around 1997 and periodically added to it. Then I picked it up in earnest again when I started this blog in 2004, when I was 34 years old. I don't know what happened to me over the years but it was as if I got tired of this novel. I got tired of adding to it, editing it and reading it again.

Around 2006 I tried in vain to find an agent. I sent queries with a description of my novel and I received seven rejection letters. I know, because I recently went back and counted them. I know seven is nothing, but I didn't keep trying. Maybe it was because I had a two and a five year old at the time and a busy career. The years just passed me by and I wrote little things here and there and read in public. Sometimes I read parts of the novel. Friends would ask me when they would be able to read my novel and I always made excuses.

In 2020 I was lucky enough to be invited to join the Central Nebraska Writing Group and I started writing a new novel in April 2021 with this group as my sounding board. I finished this novel that I love a few months ago and I'm in the editing phase now.

My writing partner, friend and author Mari Beck recently told us in our writing group about a really cool new Amazon/Kindle platform called Kindle Vella. I went and checked it out and briefly considered writing something new, specifically for Kindle Vella.

Then I had an Aha moment. The novel! The first one. The one I got tired of looking at but that has been edited. I need to revisit it one day. I can't keep pretending it doesn't exist. I need to put it out into the world, for better or worse. I read parts of it now and cringe at my 30 year old writing. I know it's not my best writing, but I wrote it and it's my story.

It was like ripping off a Band-Aid and I had some anxiety before deciding to do it. My working title was Primas Hermanas, but I always worried that people would dismiss it if they didn't speak and/or read Spanish. My sister helped me come up with the title Broken Cousins because the story is about secrets, tragedy, and broken relationships in a family.

I posted the first chapter on Kindle Vella today. Amazon takes about 72 hours to review it so I probably won't be able to share the link on social media until Tuesday or Wednesday. I am so excited that technology has made it possible for me to finally publish this long-awaited novel that I originally started 25 years ago! I'm excited and terrified all at the same time.

Posted by ShoeGirl Corner at 6:14 PM No comments: