Another Year Passes Us By

As we get closer to the end of December I think about how this month is always my wake-up call month. It's the end of a year and a reminder that I have a birthday coming up. The thing about this birthday is that I'm turning 45.... FORTY-FIVE.... as in 4 decades and a half. As in 5 years to 50. When did this happen? 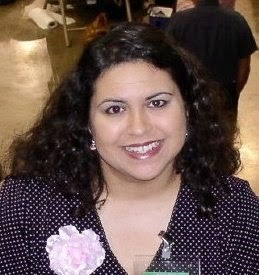 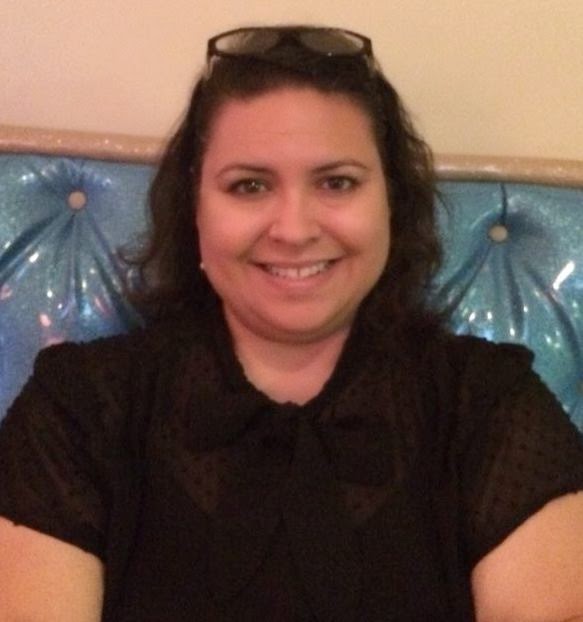 What a difference 10 years makes on a face and hair! I love when kind friends have commented that I can use the 1st picture of me at 34 as a profile picture on Facebook. I laugh because I know they're just being nice. Sure, you can still tell it's me and it looks like me in general but the age difference is obvious when you look at it side by side with this more recent picture of me.

December is always a stark reminder that I'll be having another birthday because it's so close to the beginning of the year- February 11- and also because one of my best friends is only two months older than me. So when she has a birthday, especially a significant one like this one, I know that mine is next.

So New Year's will be a time to review 2014 but also my 44th year of life. I'm at such a different place in my life now from where I was just a few years ago. I'm re-thinking so many things, like my spirituality and what I really want to do with the rest of my life. Reading The Four Agreements by Don Miguel Ruiz really got me thinking about life and the choices I make.

I'm also more aware than ever of my mortality. My friends hated to hear me say that I was half way done with my life when I turned 35 but now at 45 they can't deny that all of us are. Very few people live until 90 like my father and I do not have his genes. My sister has those genes and she's built a lot like him. I have my mother's body frame and more than likely won't live very long past 70. Her mom died in her 50s. My mom died in her 60s and I will be doing good if I can hold it together into my 70s.

What does all this mean? That now more than ever life is actually too short. And I have to ask myself what I am doing with these last precious moments... "Live like you are leaving," as my friend Anh Nguyen's friend said. So true!
Posted by ShoeGirl Corner at 10:56 PM No comments:

Labels: another birthday, life is too short, my mortality, taking stock of my life again, turning 45 soon

Houston Never Ceases to Amaze Me

I have driven up and down 45 hundreds of times, maybe thousands of times. I always see the very large building as I cross over I-10. I was told many years ago that it was some kind of hospital, maybe even a mental hospital. For some very odd reason I never went by to look at it until today and I found a rare hidden jewel at 2015 Thomas St. This is a must-see for anyone who loves old architecture. The building was built as a hospital for the Southern Pacific railway in 1910!! 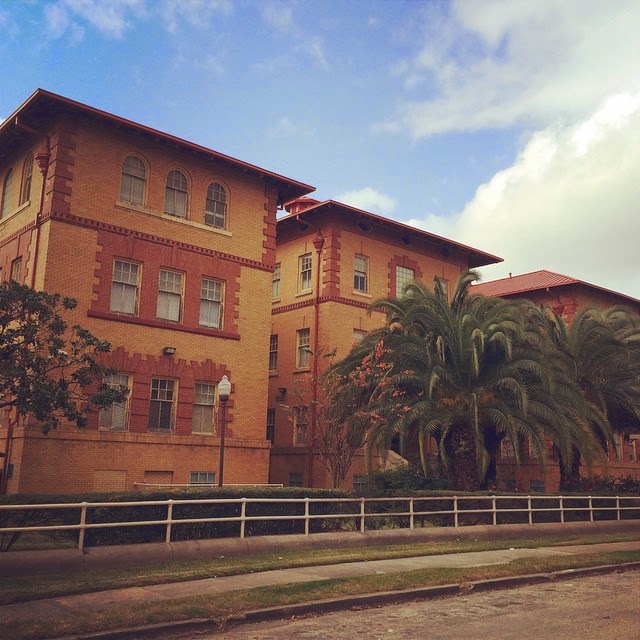 According to the very little research I've done, and the tiny bit of information about it on the web, it seems that the Southern Pacific was called the Galveston Harrisburg and San Antonio RY Co. at the time. Unfortunately the only information I could really find is that it's thought to be haunted.

The building now belongs to the Harris Health System. It's called the Thomas Street Health Center and according to Wikipedia it "was the first freestanding HIV/AIDS clinic in the United States, and today treats nearly a third of all HIV/AIDS patients in Harris County."

Here is a view of the doorway. 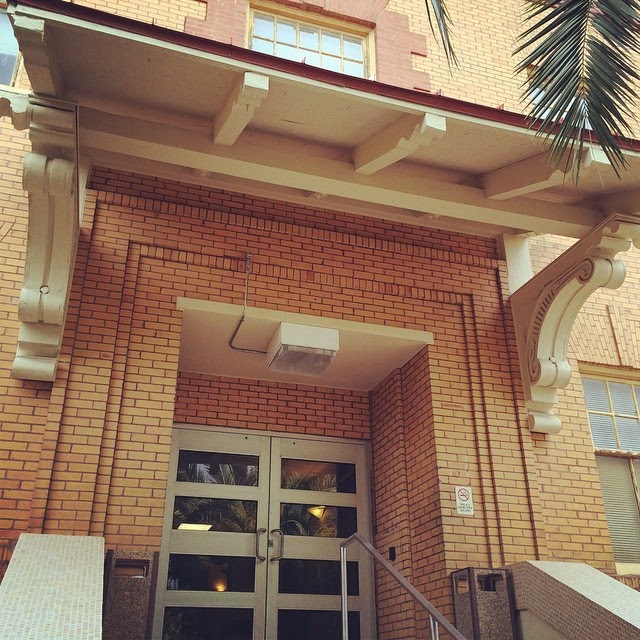 Behind the building there is this really interesting boarded up building. It would be amazing if they could renovate it to use it. It kind of reminds me of shape of the Alamo building with that little curved front center. 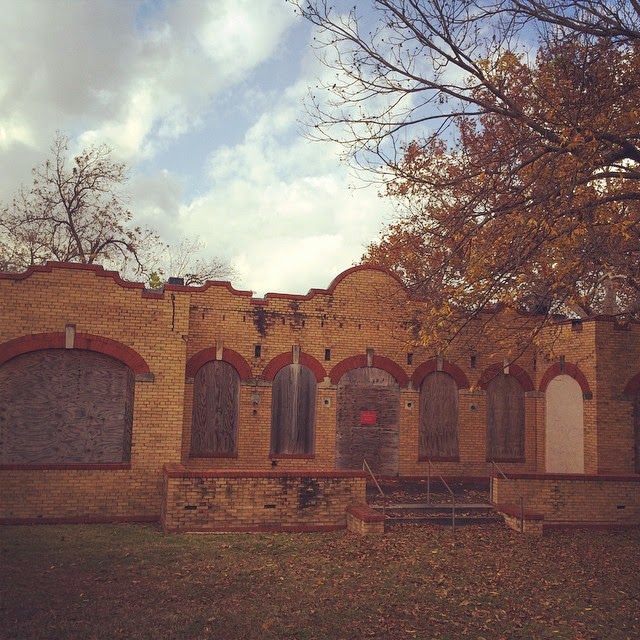 I love it when I find new buildings like this. It just reminds me that I haven't seen all of Houston and that there's so much more to see in this amazing city of ours.
Posted by ShoeGirl Corner at 12:36 AM No comments:

Vanguard and Magnet School Applications Round 3

Vanguard/Magnet application time Round 3 for me. On April 11, 2006 I wrote about Miranda being accepted into the Vanguard program at Oak Forest in Kindergarten. Then on April 1, 2012 I blogged about middle school. Now here we are almost three years later and we're applying to four different high schools. 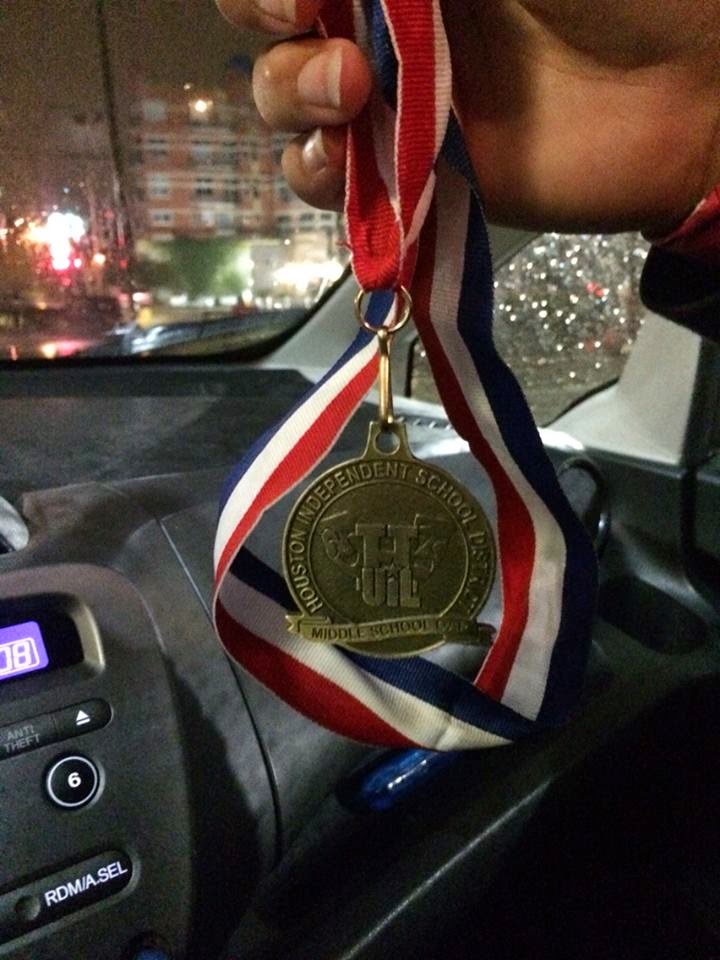 This past October I wrote about Seth and what an amazing year we're having in the 5th grade. We had a good 3rd grade but then in 4th grade his school went through a terrible ordeal Seth had a really tough year. He lost half of his teachers and he had a whole new administration. This year he had new teachers but it has been a completely different experience. He just made a 360 and I couldn't be happier.

His teachers, especially his science teacher have recommended that he apply for Vanguard. I'm not limiting him to just Vanguard. We're also applying to Magnet programs like STEM, a science/Montessori school and foreign languages. Miranda is applying at DeBakey for health professions, Carnegie Vanguard, Lamar and Bellaire IB. If she goes to Bellaire she wants to pursue her love of languages like German and Japanese and she can learn Russian.

It's amazing that I'm doing this for the third and final time with Miranda. This is it. Next we'll be applying for colleges. Wow! Just wow!

After this I will be a pro in the whole application process. I hope that parents come across my blog when they Google Vanguard in HISD or Magnet Schools and that I can offer up some advice or direction. I should write a blog on best tips and I can get input from other Vanguard/Magnet experienced parents. There's an idea for a future blog post.

For now, I need to finish Seth's applications. I still have one more document to upload. HISD has really impressed me with the online application process. It has made everything so much easier, especially when applying to multiple schools. New parents will never know the joy of paper applications and making copies of all the paperwork that us pioneers experienced.

Miranda's applications are done but she needs to take an admissions test for Debakey. Now we wait on decisions until Spring Break or shortly after.

Posted by ShoeGirl Corner at 10:37 PM No comments: