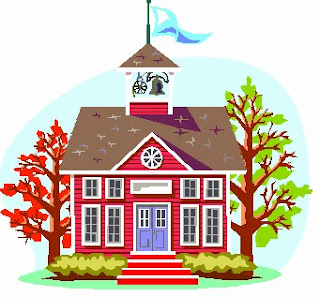 Well here we are SIX YEARS later and we are in the waiting place waiting to find out what middle school Miranda will be attending. We didn't have as many choices inside the loop, as we did the first time around for elementary school. We really only had one first choice. The others were okay choices, but not the best. We had one great choice for a magnet school back-up and thank goodness she did get into that one. However, she was wait-listed #65 for the our first choice Vanguard school.

What does this mean? When you apply for Vanguard you have to list  your 3 school choices in order of preference. First they check all your test scores, report card grades, and teacher recommendation to see if you even made it into Vanguard. Next they do a lottery. They choose their designated number of students and wait list all the rest who want to go to their first choice school.

How is this possible? They send out the letters and parents start calling in to accept or decline. Once they have all the replies on April 9 they start calling down the waiting list. So that's when we get called. One mom told me that anything under 100 is "golden."

Now to wait until April 9 to get the official offer so we can celebrate!
Posted by ShoeGirl Corner at 7:43 PM