Time flies when you're having fun. I've said that a hundred times at least and it does. Especially after you have kids. It's the secret nobody tells you.

Very soon I'll be changing blogs. Yes, I know... it's been a long time that I've been blogging here about all kinds of miscellaneous things. But that's just it. This blog has so much potential to be so much more. So very soon it will become what it was destined to become all along - a true shoe blog. A blog about all things shoes, shoe reviews, etc... 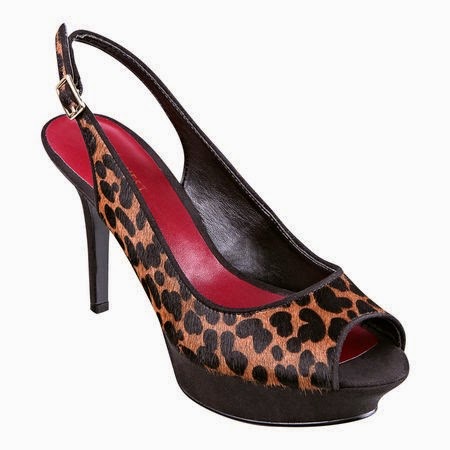 So where will my personal musings go? I'm thinking that it's time to resuscitate Hips 'n Salsa. I can't believe it's been almost FOUR years since I blogged there! I said I was going to take a short break but come on! Four years later! I know the layout needs a serious face lift and I'm on it.

But that still hasn't happened so we're here and I have to tell you I am on DAY FIVE of one of the hardest things for me to do. I'm doing a detox!! I've been eating clean all week, no processed foods, nothing out of a bag. I cooked some chicken early in the week that I continued to eat in different ways the rest of the week. What makes it so hard for me is that I don't really cook. This is forcing me to prepare my meals thoughtfully and that's good. I'm also not drinking alcohol and I'm limiting myself on the caffeine. I went a couple of days with no caffeine at all and I didn't slap anyone.

On the 5th day I've already lost 5 lbs and that's considering I haven't been able to exercise because my back is out of wack and other things that usually make a woman weigh more once a month. So considering those things I bet that I lost more than 5 lbs. The other thought is this, if I stick it out the whole 28 days, will I drop 28 lbs? Or at least 25??

Regarding the injury. I have NO IDEA what happened to my back. The only thing I can think may have happened is that I was at a lacrosse tournament all day Saturday and the chairs I sat in or the way I stood up. It could have also been when I lifted the ice chest out of my car. Maybe I did it wrong. No idea, but my back has been KILLING me all week. It's been extreme pain at some points, especially at night or early in the morning.

First I had a hurt Achilles heel and I had therapy on that. Next I had a bike accident and I smashed my foot with my bike.  I had therapy on that foot. Right when I was feeling better from my foot and thinking that maybe now I could get back up on my bike, my back went out. I don't know, maybe I'm just getting old.

I've made some notes when I think of some really good blog ideas but I haven't had a chance to write any of them.

So coming up: O Magazine had a great article recently entitled, "20 Questions Every Woman Should Ask Herself." I want to write about that.

There's also the question my son asked me one night regarding how many years do I have left to live and my attitude about death. Also about my dad being there now and seeing the Red Moon eclipse with him recently.

And finally a blog about clothes and why I don't wear clothes I really like, the same way I don't blog as openly as I'd like. I wish I was a true free agent, self-employed writer that said whatever she wanted to say and dressed as wacky as she wanted. But I'm not.

Posted by ShoeGirl Corner at 5:57 PM