Back in the Saddle Again

This has been a busy month for me so far. I've gotten back in the saddle again in two different ways.

Nine months ago I purchased what I think is one of the most beautiful bikes. I was so excited to ride it and when I did I rode it with enthusiasm and a little bit of fear. I hadn't been on a bike in twenty years, except for that one time when I was at a conference at a ranch with a bunch of hospital HR people and I almost killed myself on a bike that was too tall for me. 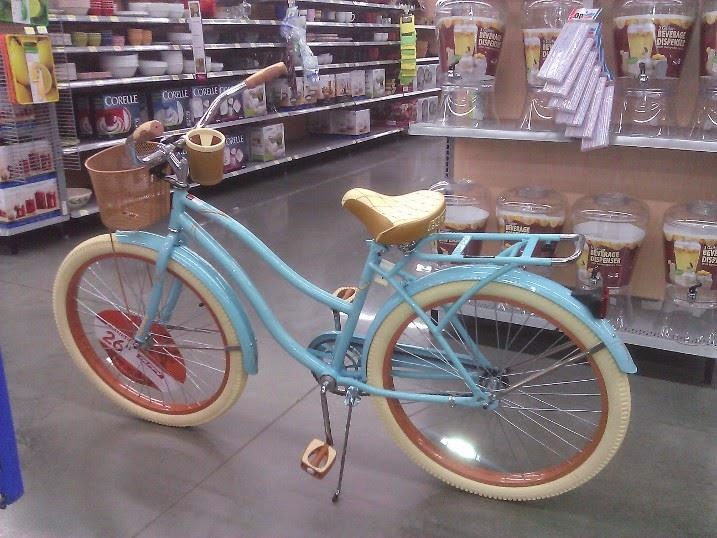 I did okay at first but pretty soon my fear got the best of me and I had a bad fall that I could have avoided. I landed on my right foot and I had to have my foot x-rayed. I thought I had broken my big toe, but thank goodness I didn't. I ended up going to therapy for a few weeks. It took a lot longer to heal than I thought it would and that, coupled with fear, kept me off of the bike for quite a few months.
Last month I decided to bite the bullet and get in the saddle again. I started off with a short ride to get my bearings again but then I stopped. On September 2 I made it a point to ride as many days as I can leading up to September 20 when there will be a Tour de Northside bike ride. I've been training ever since and I can say that I could easily do 6 miles at this point. I would like to do the 10 mile ride but my daughter has lacrosse later that day so I may have to do the 4 mile ride with her.
I'm also getting back in the saddle again by going back to work. I'm going back to the newspaper business. It's what I know. It's what I do best. And as my father said in his last Dicho a Day, "Stick to the path you know." So there you go. I am.
I've accepted a position with Houston Community News handling major accounts. I'm pretty excited about what that will entail and calling on the accounts that they've outlined for me.
This is my last week of being self-employed and I have to tie up a bunch of loose ends with my client. I can't sell for her any more starting on the 22nd so I have to make sure that all her records are updated and people are in her Salesforce. It will be a busy last week and then on the 22nd I'll have to report to work.
I'm excited to get back to working for a corporation. I've pulled out my Lean In book that I bought and never read. I think I should read it now that I'm going back into the corporate world. I need to be reminded of what it's like to work in a corporation and to get assimilated again into the politics of being a woman. That's always intriguing.
Last week! I better make it count. More than anything I need to get things done that I won't be able to do when I'm working. Let the count down begin!
Posted by ShoeGirl Corner at 10:52 PM

Labels: Back in the saddle again, Back to Work, dicho a day, Lean In, selling advertising, Stick to what you know, working for a newspaper